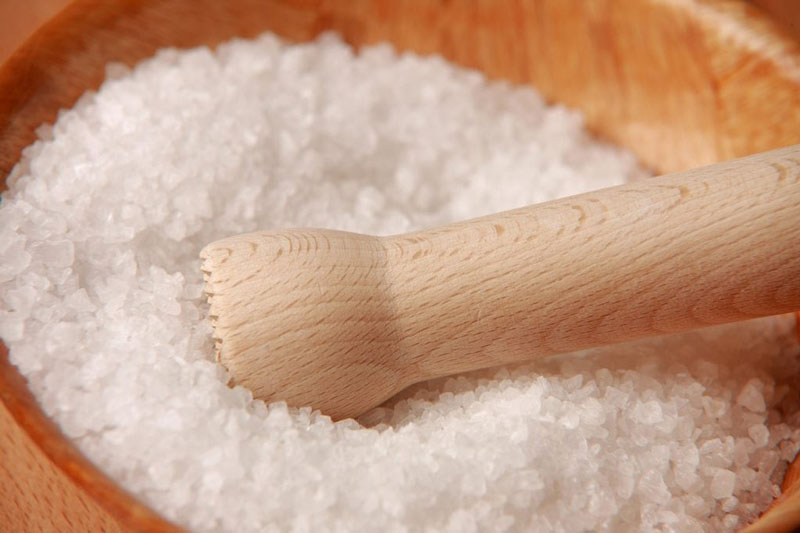 Everyone knows salt, everyone eats salt and everyone uses salt. There is so much more to sodium chloride, to give it its scientific name, than just a simple seasoning. Here are the 6 most shocking and interesting facts about salt.

In the 15th Century, salt was one of the most expensive and important commodities. The Ancient Romans used the “white gold”, as salt used to be called due to its high value, as a payment method. At that time, soldiers and officers received a portion of “salarium”, i.e. salt, as salary. In the Middle Ages, many cities became big metropolises thanks to the salt trade. In the middle of the 17th century, the so called “salt riot” took place in Moscow when Russia introduced the salt tax.

Today, salt is a cheap, everyday product. But strictly speaking, it’s not just a seasoning. Here are the most impressive and interesting facts about salt:

Salt also exists in space! Roughly 300kg of sodium trickles down to the earth daily thanks to small meteorites.

Fact 2: Salt is in everything we eat

80% of our daily salt intake comes from processed foods such as bread and buns; meat or sausage products and dairy products, such as cheese.

Fact 3: No tears without salt

Tears are produced in the lacrimal glands above the eye. In order to generate fluid, the eye needs water from the surrounding tissues. By removing salt, the eye attracts fluids and produces tears. The process whereby water is pulled through cells with a higher concentration of salt is found is called osmosis. Without salt, there would be no tears.

Fact 4: Salt in the depths of the sea

If the ocean were to dry out completely, the entire ocean floor would be covered in a 60 meter thick crust, of which about 47 meters would consist of salt.

Fact 5: Salt and the feel-good hormones

Salt can stimulate the same brain regions that intoxicants do. When salt is consumed, feel-good-hormones are released.

The salt that comes from underground salt mines has partially settled there for several hundred million years. Salt has been a part of our culinary culture for a very long time.