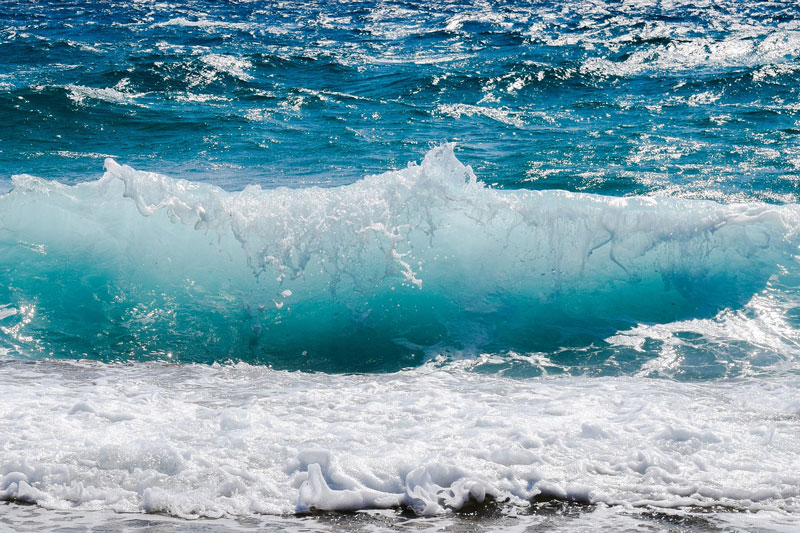 How does the salt actually get into the sea?

A bathe in the sea, salt on the skin and sun on the face – that’s what summer feels like. But if you get caught by a wave, your eyes will quickly start to burn and the salt water that goes into your mouth does not taste so good. This is because seawater contains an average of 3.5% salt.

Why is the sea actually salty and how does the salt get into the sea at all?

Millions of years ago, the Earth was a glowing ball of molten rock, with lava erupting out of volcanoes. As the earth cooled and it began to rain for millions of years, oceans, lakes and rivers were created as a result. Due to the long-lasting rain, more and more minerals were released from the rocks, including salts. When the water flowed through streams and rivers, minerals and salts were washed out of the sand and stones. Since all rivers on Earth eventually flow into the ocean, millions of tons of salt also ended up in the sea.

Why is the water in the sea salty and not in the rivers?​

Rivers contribute only a comparatively small part to the salinity of the oceans. Rocks and volcanoes on the ocean floor account for most of the salinity. When liquid lava leaks from the bottom of the sea, its salts dissolve and are released into the ocean.

Why is the salt content in the Dead Sea so high?

The Dead Sea, on the border between Israel and Jordan, is particularly salty. As it is mostly very hot in this area, significantly more water evaporates there than in other places. When the water evaporates, the salt in it is left behind, and because it hardly ever rains in this region, the Dead Sea is rarely replenished with fresh water. Animals cannot survive in water with such a high salinity; for humans on the other hand, it does have its uses. The salt from the Dead Sea can have healing properties. You can find more information in the blog post: The healing properties of salt. 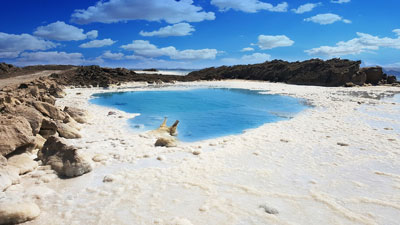 Did you know: The earth is about 71% water, only 3% of it is fresh water and this makes drinking water a scarce commodity!